Share a memory
Obituary & Services
Tribute Wall
Read more about the life story of Patrick and share your memory.

Of Youngstown, NY, passed away on Monday, November 14, 2022, under the care of Niagara Hospice at Northgate Healthcare Facility in North Tonawanda.   Patrick or "PJ " to his family was born in Niagara Falls, NY on December 6, 1936, the son of  the late Lawrence J. and Mercedes (Marley) [Doyle] Howey.

Patrick attended Bishop Duffy Catholic School and was a graduate of Trott Vocational High School.  He served with the United States Army from 1962-1968, was stationed at Fort Knox, Kentucky, and served as part of the Army’s post-war presence in South Korea.

Patrick was a proud Niagara Falls native and loved the city of his birth, particularly enjoying a drive around the city, pointing out the various buildings on which he had worked, or places where he had youthful adventures.  Rowing his boat across the upper Niagara River at age 11 to swim off Grass Island, was one such exploit that he fondly recalled, as was welding at the top of the Somerset stack on Lake Ontario.  He learned the skills of welding and blacksmithing with his Uncle Melville “Sie” Zeifang, and was employed at Harrison Radiator for many years, as well as by JW Danforth, Walter S. Johnson, and George B. Edwards companies.  Patrick was a proud Hard Hat of Niagara, having been a welder on the penstock installation of the Niagara Falls Power Project from 1958-1961. He was a master steamfitter and proud of his 65 years of membership with the United Association of Plumbers & Steamfitters in Local 131 and more recently Local 22.

Patrick was a skilled craftsman and metalworker, creating beautiful reproduction  of early American chandeliers, including a 6-foot tall chandelier used for the Youngstown Bicentennial Ball in 1976.  He was active in the Early American Industries Association, the Youngstown Historical Society, and Old Fort Niagara Association. Patrick was also active in local civic and conservation organizations, spending over 25 years on the Zoning Board of Appeals for the village of Youngstown, most of those years, as Chair of the board.

Patrick’s greatest gifts were his faith, his love for his family and his pride in his community.

He was devoted to his beloved late wife, Camille (Lukitsch) Howey, who passed away in April of 1992.  Patrick is survived by his only child, his “darling daughter” Kathleen Howey Murphy (Thomas) of Youngstown, NY.   He was the loving uncle of Patrick (Maritza) Mulready, Christopher (Dan) Mulready-Phelan, Mary (Anastasios) Xenopoulos, Allison Pasquantino, Michael Mulready, Elizabeth Filippi-Bryant, Suzanne (Mark) Filippi-Opper and Mary Carol Filippi, as well as many grand-nieces and nephews.

He was the brother of the late Mary Carol (late David) Mulready, and Linda Filippi-Brancucci.

Patrick was a devout Catholic all his life and was a member of St. Bernard’s R.C. Church since moving to Youngstown in 1966.

His family will be present on Monday from 2-4 & 6-8 PM at the RHONEY FUNERAL HOME, 901 Cayuga Street, LEWISTON, NY,  where funeral services will be held on Tuesday at 8:30 AM, followed by his Mass of Christian Burial at 9:30 AM at St. Bernard's Church, 218 Hinman Street, Youngstown, NY.

Memorials may be made in Patrick’s name to Niagara Hospice. 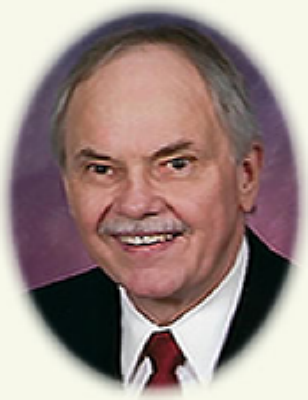